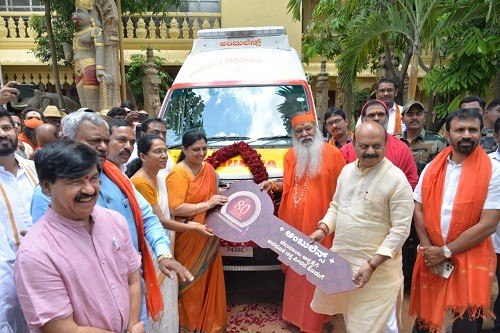 Mysuru, June 8, 2022 (www.justkannada.in): Chief Minister Basavaraj Bommai today visited the Sachchidananda Ashram in Mysuru on the occasion of the 80th birthday celebrations of Ganapathi Sachchidananda Swamiji and sought his blessings.

The CM who offered special pooja at the ashram, and discussed with the Swamiji after visiting the Vishwaprarthana Mandira, Yajna, and Homa. As part of Swamiji’s birthday, the Ashram administration donated an ambulance valued at Rs. 28 lakh to the Cheluvamba Hospital. The key of the ambulance was handed over to the Chief Minister symbolically.
In his address, the Chief Minister said, “Sachchidananda Swamiji is offering his kind of service to the society. His contribution to the field of medical education is immense. He has organized a one-crore Dattatreya Japa for the well-being of the world. It is not only for the welfare of the world, instead it is also relevant for the development of Karnataka.”
Mysuru District In-charge Minister S.T. Somashekar, MP Pratap Simha, MLAs S.A. Ramadas, L. Nagendra, Mayor Sunanda Phalanetra, and others were present.
Keywords: Sachchidananda Ashram/ Ganapathi Sachchidananda Swamiji/ Chief Minister Basavaraj Bommai/ 80th Birth Anniversary/ ambulance donation 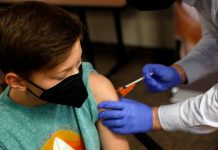