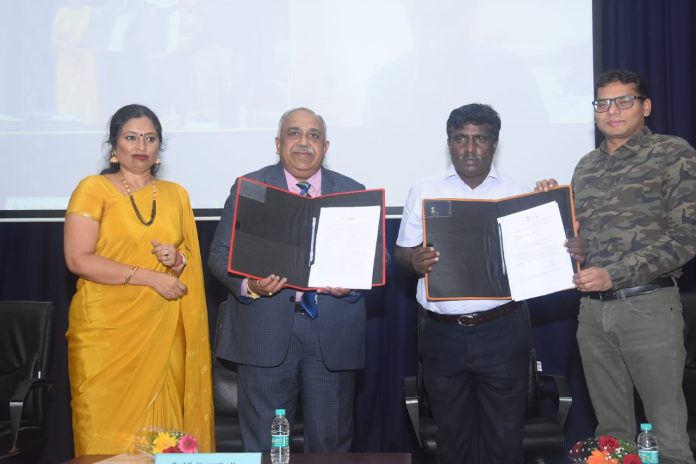 Mysuru, May 12, 2022 (www.justkannada.in): The Genetics and Genomics Department of the University of Mysore has inked an MoU with the Forest Department of Karnataka for the conservation of vultures through ‘DNA Profiling,’ under a Scientific Study and Research on vultures program, at the Vulture Conservation Reserve, at the Ramadevera Betta in Ramanagara.

Prof. G. Hemanth Kumar, Vice-Chancellor, University of Mysore, DCFs Yedukondalu, V. Devraj, and project principal convener Prof. S.S. Malini were present when the MoU was signed. The major objective of this project is to protect the vultures that are on the verge of extinction, by increasing their numbers using modern technology.
Speaking on the occasion, Prof. G. Hemanth Kumar expressed his view that it is a historic MoU. “The Department of Genetics, University of Mysore has signed a very important research agreement with the Forest Department. It will play a major role in the area of biodiversity and food chain structure. Today the number of vultures is declining and it is almost on the verge of extinction. The survival of any animal is based on its genetic structure. Through this MoU, the University of Mysore has decided to undertake DNA Profiling of vultures, with the Forest Department. It is very difficult to find out the gender of vultures. Through the DNA test, its gender can be discovered. It will also help in increasing its number,” he explained.
In his address, Vidhu Prakash, Director, Vulture Conservation Project said, “Three varieties of vultures are on the verge of extinction, including the vultures with a long beak, light beak, and white-backed vultures. These vultures prey upon dead bodies. They will fly up to a distance of 100 km in search of food. There were 40 million vultures in 1980 in India. But today the number has come down drastically.” 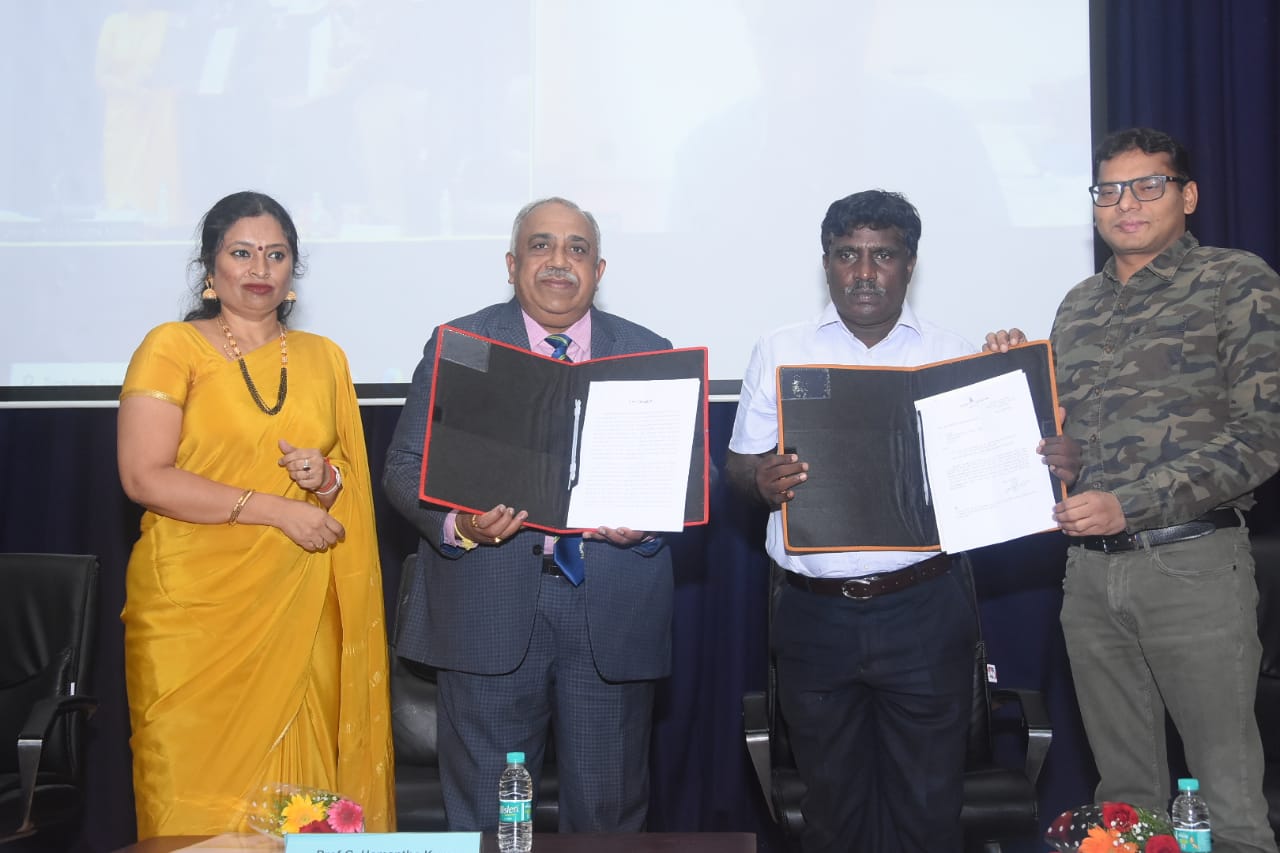 Malemahadeshwara Hill Forest Reserve DCF Yedukondalu observed that the percentage of vultures that play a crucial role in the food chain has decreased by 95%. “There are nine different breeds of vultures. However, now only three varieties are existing. If a study is conducted to know the way of life, the structure of the body, and genetics of these three varieties we can increase its reproductive strength,” he added.
Ramanagara DCF V. Devraj said that there are at least 5 long-beaked vultures that are on the verge of extinction, at the Ramadevera Betta. “One of them has also given birth to a chick. The objective of the DNA test is to assess how many vultures exist in this region? what can be done to improve its health? etc.,” he explained.
Project Principal Convener Prof. S.S. Malini observed that the vultures used to prey upon the carcass of any animal. “The virus or bacteria inside the carcass would reach the vulture’s stomach and die. The vultures have the strength to digest it. But now the vultures are on the verge of extinction, and as a result of this the carcass of animals has become food for stray dogs, crows, and chicken, which is a very dangerous development. Hence, the conservation of vultures is the only way to stop this. That is why DNA Profiling is being undertaken to improve the reproductive strength of the vultures,” she explained.
Prof. Ramachandra, Prof. Mewasingh, Prof. Amrutha, and others were present.
Keywords: University of Mysore/ Forest Department/ Govt. of Karnataka/ Vultures/ DNA Profiling/ Ramanagara