Bengaluru, September 28, 2021 (www.justkannada.in): The byelection date for Sindhgi and Hangal assembly constituencies is fixed.
The Central Election Commissioner has announced the dates of the byelection for both the constituencies. Accordingly, the voting will be held on October 30, and the results will be announced on November 2.
The election notification will be issued on October 1, and the last date to submit the nominations will be October 8. 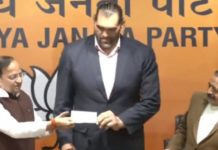