This year also the Dasara Mahotsav was maintained in a low way as the pandemic has still not come under complete control. The main attraction of the Dasara Mahotsav the ‘Jambu Savari’ was restricted only inside the palace premises. Only 500 people were allowed to see the procession.
The Jambu Savari was aired live on TV, Information Department’s official Facebook page, and online news portals.
Keywords: Mysuru Dasara/ historic/ world-famous/ Jambu Savari/ palace premises/ conclude 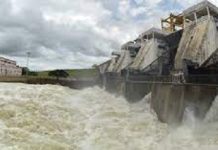