New Delhi, February 9, 2022 (www.justkannada.in): BJP MLA M.P. Renukacharya gave a controversial statement saying ‘the dresses worn by the women is the reason behind rapes,’ and then apologizes.
Speaking in New Delhi today, he expressed his view that a few women will wear provocative dresses, and as a result, men will get provoked. “The provocative dresses worn by women are the reason behind rapes. Women should wear decent dresses we will look at them as mothers,” he said.

He also stated that the word ‘Bikini’ used by Congress leader Priyanka Gandhi is wrong, and demanded that she apologizes to the people of the country. “We may saffronize politics, but not education,” he added.
Later he also apologized for his words ‘women’s dresses are the reason behind rapes.’
Keywords: BJP MLA/ M.P.Renukacharya/ women/ dress/ provocative/ reason/ rape 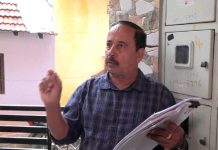 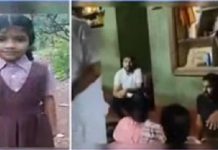 We are contemplating on restricting leaves of teachers to complete syllabus’:...