Mysuru, Mar. 19, 2021 (www.justkannada.in): “The Centre for Geoinformatics Technology, University of Mysore was commenced in the year 1960 under the leadership of Late Prof. M.N. Vishwanathaiah. Today this center is known as one of the most prestigious Research Centre in the country,” opined Prof. G. Hemanth Kumar, Vice-Chancellor, University of Mysore.
He inaugurated an Endowment Lecture program on the topic, “Multi-subject based Ocean Surveys and Exploration of Overseas Minerals,” jointly organized by the Department of Geological Research, University of Mysore and the Institute of Precambrian Geology and Geochronology, at the Prof. M.N. Vishwanathaiah Auditorium, in Mysuru today.
In his address, he explained that the contribution of the Centre for Geoinformatics, University of Mysore, in four particular sectors namely; Precambrian Geology, Geological, and Geo Chemistry, Mineral Research and Laboratory Minerology; and Material Science and Sedimentology, Micro Paleontology and Sequence Stratography and Water Sciences, RS and GIS applications are significant.
“Prof. M.N. Vishwanathaiah was born in Mysuru District, in the year 1921. The Centre for Geoinformatics Technology was established under the University of Mysore in his name in the year 1960-61. He served as the Head of this Department for 22 years,” he recalled.

Smt. M. Kempamma, W/o Prof. M.N. Vishwanathaiah, and sons M.V. Premachandra and Dr. M.V. Poornachandra have set up an endowment under the University of Mysore. Every year endowment lectures are held by inviting renowned geologists, in the name of Prof. M.N.V,” he added.
A student of M.Sc, Applied Geology who earns the first rank is given a gold medal by the Endowment established by Prof. M.N.V’s students, well-wishers, and his fans.
Keywords: Centre for Geoinformatics/ University of Mysore/ Gold medal/ Endowment Lecture 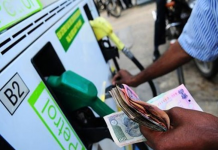