Ramanagara, February 11, 2022 (www.justkannada.in): The fine amount imposed on the students who have availed admission for medical courses who have already availed an engineering seat due to the delay in NEET exams has been canceled. Also, instructions have been given to the Karnataka Examinations Authority to return the fee amount which has been collected from the students this year, according to Higher Education Minister Dr. C.N. Ashwathanarayana.

Responding to the newspaper reports regarding this, the Minister also clarified that however, this concession is applicable only for this year.
Usually, both the engineering and medical seat allocation process was being held simultaneously. But as the NEET examination issue is in the court, the medical seat allocation process is also delayed, causing uncertainty for the students. As a result of this, students who have already got admitted to engineering courses can migrate to medical courses if they get a medical seat now. No fine will be collected from them. Also, the yearly fee that they have paid will also be returned.
According to law, there is a provision to impose five times fine on the actual fee for students who leave a course after getting admission.
Keywords: Engineering/ Medical course/ fee/ Higher Education Minister Dr. C.N. Ashwathanarayana 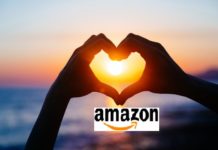