Bengaluru, Feb. 18, 2021 (www.justkannada.in): “The Prime Minister is not stopping his habit of making the earlier government’s responsibility for his failures. This shows his helplessness,” opined Congress leader Dinesh Gundurao.
In response to Prime Minister Narendra Modi’s allegations that the earlier governments’ are responsible for the present fuel price hike, Dinesh Gundurao has expressed his ire in his tweet. “Prime Minister Narendra Modi is running the government for the last six years. Has he ever taken any measures to reduce the prices of fuel other than selling government institutions?,” he has questioned.

“The basic price of petrol was Rs.47.12 in 2014. Now it has been reduced to Rs.29.34. Why is the government looting people by increasing the taxes by 200%?! While the Prime Minister speaks about import let him also speak about an increase in taxes,” the tweet read.
“Modi has asked to give preference to natural gas. It means he will soon privatize ONGC too,” he added.
Keywords: Dinesh Gundurao/ increase in fuel prices/ Prime Minister Narendra Modi/ ONGC/ natural gas 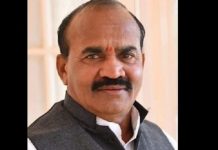 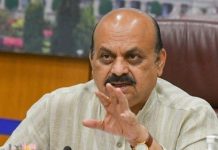 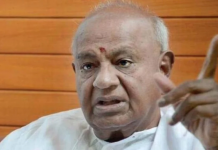