New Delhi, June 30, 2022 (www.justkannada.in): Leader of the opposition in the legislative assembly Siddaramaiah today, demanded the Government of India to lower the increased taxes and continue providing GST relief for five years.
The GST council meeting was held at Chandigarh on June 28-29. The State Govt.’s representatives who took part in the meeting did not demand to continue the GST relief, which will end as of now. “Earlier, it was decided to provide 14% relief, keeping in mind that the State would incur loss after implementation of the GST. It was introduced on July 1, 2017, and will end now. In the cabinet, I had demanded several times to continue the relief as the States are facing economical crisis. Before GST was introduced the tax increase in Karnataka was 14%. But now if they stop giving the relief, Karnataka alone itself will incur a loss of Rs. 20,000 crore. Many people have demanded to continue it for the next 3 or 5 years. According to me, it should continue for 5 years,” he observed.

“Chief Ministers and Finance Minister of BJP ruled states simply nod their heads for every decision taken by the Central Government. Nobody has the guts to oppose any decision even if it is meting out injustice to their States. However, non-BJP ruling states have urged to continue it. But no decision was taken even in yesterday’s meeting. They are imposing cess to provide GST relief. It is the States which give that also. The Central government itself is collecting the money by imposing cess on luxury items and hazardous items and were given a specific amount as a relief. Though it is continued till 2026 the States won’t get its share. Though cess is collected this way, the States are not getting the relief. I strongly oppose this and demand to continue the GST relief for 5 years,” he said.
He also expressed his view that the increase in GST on several essential commodities is unscientific.
Keywords: Former CM Siddaramaiah/ GST/ Central Govt/ increase/ condemns 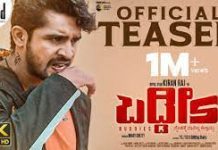