Mysuru, July 14,2021 (www.justkannada.in): “The crime rate had increased during COVID-19 Pandemic. Crime rate is increasing after lifting the lockdown,” opined Home Minister Basavaraj Bommai.
Addressing a press meet in Mysuru today, he said, “incidents of chain snatching, robbery are increasing after lockdown is lifted. Earlier, incidents of chain snatching were reported in Mysuru city, but now such incidents are taking place even in rural areas in the district. We are also facing the challenge of stopping the supply of synthetic drugs. We have destroyed drugs worth Rs.50 crore. Drugs that were enough for five years have been collected in just one year. We are also in the process of stopping synthetic drugs.”

“Drugs are being supplied from other countries through ‘Dark Web.’ However, the Karnataka Police have successfully identified it and have prevented it. In many circumstances, drugs are received through the common parcel. A few foreigners have been held in the drug cases. About 15-20 of them were held last year. Africans are more mong them,” he added.
On the occasion, the Home Minister Basavaraj Bommai also informed that three to four thousand police personnel had tested positive and measures have been taken to monitor their health. However, he said the cases of death were fewer. The Department is giving a sum of Rs. 30 lakh to the family members of the deceased personnel. Efforts are also made to give more importance to their health,” he said.
Keywords: Home Minister Basavaraj Bommai/ crime rate/ increasing/ lockdown 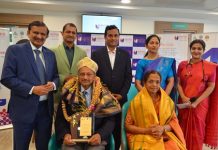