The garden’s open wells have been given numbers. The second open well, near Sun Dial Park, has been unclogged, and the third is being resurrected. This has been made possible thanks to the efforts of two non-governmental organisations (NGOs): SayTrees and Biome Environmental Trust. The revitalised well has a diameter of 10 feet and a depth of nearly 30 feet. But for the funding under corporate social responsibility, the wells would not have been desilted. For many years, the stone wall well had turned into a dumping ground. Debris, wet garbage, plastic bottles, and glass bottles were dumped here thoughtlessly. This beautiful well was barely noticed by visitors. Truckloads of filth have been hauled away.

The groundwork, which included cleaning and redeveloping the wells, was entrusted to a team led by Ramakrishnappa K R. His area of work is to clean and decontaminate wells. He and his team worked for 15 days to remove the silt, wet trash, debris, glass, and plastic bottles. The water level has risen to 8 feet. “The level will rise during the September rainy season.” All five wells in the garden are producing a sufficient amount of water. It ranges from 10,000 to 50,000 liters per day. These are very old – possibly 150 years old. “It is not prudent to choose borewells while abandoning existing wells,” he says. He said nearly Rs 3.5 lakh was paid to him for restoring the well Nos 2.

The Biome Environment Trust website says that the static volume of the well is 64,000 liters. After the rejuvenation of the closed well, 5ft of water was seen indicating the presence of a shallow aquifer. The objective was to create awareness about the connection among groundwater, shallow aquifers, and open wells, the Trust says.

Dr. M Jagadeesh, Joint Director, Horticulture Department, considers maintaining Lalbagh to be a passion as well as a profession. Many steps are being taken to increase the availability of water in these 240 acres of greenery. Every day, the garden requires approximately 15 lakh lights. Because of a proactive method for water preservation, there is no water shortage at the present. This includes primarily using sewage-treated water, installing sprinkler systems, and increasing groundwater levels through rainwater harvesting. Besides that, the open wells are receiving attention. The health of the trees has improved significantly in the last 18 months as a result of rainwater percolation caused by the 180 pits dug. Another 250 pits would be added, he says.

When it comes to the preservation of open wells, Jagadeesh says, “SayTrees and Biome have worked together to resurrect the open wells. The pits were dug in collaboration with BOSCH, United Way (an NGO), and the horticulture department. Approximately 140 acres were added to the old Lalbagh during the tenures of Kengal Hanumanthaiah and M H Marigowda. Even the open wells of Siddapura and surrounding areas came under the ambit of Lalbagh. While three are still functional, the remaining two have been restored. They would serve as groundwater rechargers. A multidimensional approach would be helpful to enhance and conserve the water table,” he contends.

Jagadeesh is now giving final touches to the rebuilt Krumbiegel House which is going to house a virtual museum on Lalbagh. An audio-visual documentary is also getting ready to educate visitors to the Garden. 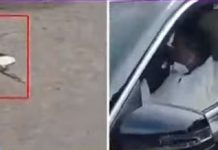 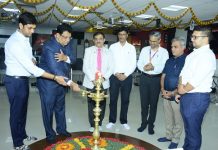